A few years ago, in December 2016, a study about dental amalgams and their effect on health was published by the University of Georgia. More specifically by the department of environmental health sciences of that university. The purpose of the study was to see the possible relationship of the total amount of Mercury in Blood (THg), Inorganic Mercury (IHg), Methyl Mercury (MeHg) and Bisphenol A (BPA) present in urine and Dental Surface Restorations ( DTR, Dental Surface Restorations), based on silver amalgams in the population of the United States. For this, a sample of 14,703 American individuals (between 2003–2004: n = 7514; between 2011–2012: n = 7189) was taken from the NHANES data. The following conclusions were reached: 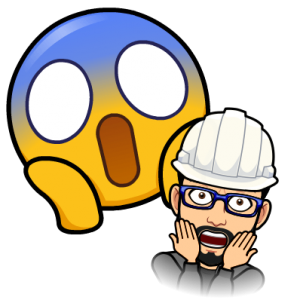 In addition to the conclusions seen above, the results showed that individuals with more than eight fillings had approximately 150 percent more mercury in their blood than those with no dental fill. This data concludes that the greater the number of fillings, the greater the dose of mercury. Therefore, more likely to be intoxicated. As a last note, the average American has three dental fillings, while 25 percent of the population has 11 or more fillings.

Should we worry about the materials that are part of the dental fillings in our mouths? And for the number of dental amalgams that we have inside our mouth?

Mercury is one of the most toxic substances on the planet. Easy to remember, right? In a corner of Spain, called “Almadén”, in the province of Ciudad Real, they understand a lot of mercury. There was one of the largest mercury mines in the world, a World Heritage Site since 2012. Mercury is a substance capable of swallowing gold and silver, literally. It was already used in the colonial era to extract gold and silver cleanly. But it also has other uses such as thermometers and other scientific devices, in lamps that use high-pressure mercury vapor, in dental amalgams, pharmaceuticals, and other skincare products, in pesticides, pesticides, and fertilizers, among many other uses related to health.

The World Health Organization (WHO), on its website, says that “exposure to mercury (even in small quantities) can cause serious health problems and is dangerous for intrauterine development and in the early stages of life (… ) Mercury can be toxic to the nervous and immune systems, the digestive system, the skin and lungs, kidneys and eyes (…) For WHO, mercury is one of the ten products or groups of chemicals that pose special public health problems”.

Does the world population have sufficient reasons to be worried and alert? Next, I will focus on what dentists and patients are most directly affected. The use of dental amalgams based on mercury alloys with other metals (silver amalgams) as part of the dental filling process.

What is a dental amalgam?

Before we know what a dental amalgam is or, also known as silver amalgam, we must understand what a dental filling is and the reason for its use in dentistry. A dental filling is a procedure by which the anatomy of a tooth is restored. Its anatomy may have been altered either by the existence of dental caries (in this case it is called a filling) or by a rupture of the same that generates a cavity. The filling consists of filling the tooth cavity with a special material, returning to it its usual anatomy (shape), in order to perform its function correctly. The materials used to make a seal can be vitreous ionomers, resin or composite ionomers, and silver amalgams. Once the definition of dental obturation is reviewed, we will investigate a little more in the dental amalgam.

Dental amalgam has been the most widely used dental filling material for more than 150 years, due to its easy access, low cost, and durability. This dental surface restoration material is a mixture of mercury, silver, tin, and copper. Mercury, 50% of the total compound, binds metals to create a hard and resistant filling. When combined with other metals, the mercury in the fillings forms a safe and stable compound.

In the dental community, it seems that at some point the use of dental amalgams will eventually be banned. It is not known when it will happen. But, and from now on, what to do with the amalgams that we already have in our mouths? Next, I will show you what is the protocol used for the safe extraction of amalgams from our mouth.

Protocol for safe extraction of amalgams

At this point, I want to tell you what is the protocol to follow for the safe extraction of amalgams according to the IAOMT (International Academy of Oral Medicine and Toxicology). Mercury poisoning may have been caused by multiple causes. Among them, it would be worth highlighting: having been exposed to varying amounts of mercury in the diet (tuna, shark meat, swordfish, mackerel or dogfish), the environment or their workplace, and not only thinking that silver amalgams are the causes of intoxication.

It is important to keep in mind that, during the placement or extraction of amalgams, the patient can be exposed to amounts close to a thousand times greater than the concentration allowed by the EPA (Environmental Protection Agency). Keep in mind that the temperature increases when the drill reaches the amalgam. This causes the mercury that is part of the alloy to vaporize.

The 8 steps to reduce mercury exposure when mercury is handled in your mouth are:

It is recommended that, prior to an amalgam extraction, a toxicological study is carried out. With this, we will obtain the current levels of mercury in our body.

As for the doctor and his assistant, they need to wear an approved mask with a mercury filter. Its use is mandatory during dental treatments that expose you to mercury.

Finally, it is necessary that any dental clinic in which mercury is used is regularly monitored. In addition, all workers should be checked for exposure to mercury.